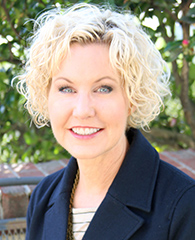 For over 23 years, Marcia Atkinson has been a CPA and shareholder with Jeffrey Wriedt & Co., a local company with a concentration in accounting and tax services for small businesses, individuals and non-profits. Marcia received her Master of Science degree in Taxation from San Jose State University and a Bachelor of Science degree in Business Administration, with an Accountancy Option, from California State University, Fresno. Her professional affiliations include memberships in the California State Board of Accountancy, American Institute of Certified Public Accountants, California Society of Certified Public Accountants, and Cal Society of CPAs as technical reviewer of educational materials. Marcia has an exemplary record of volunteer service to our community. Her current community service includes Entre Nous Society, Gathering for Women, Loaves and Fishes, San Carlos Cathedral and SpectorDance. 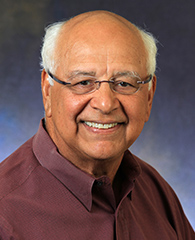 Fernando Elizondo brings to the board 38 years of education experience as a classroom teacher, school site principal, central office administrator and 15 years as a superintendent of schools. Additionally, he served two terms on the Ventura Community College Board. He received his Bachelor’s degree from Humboldt State, a Master’s Degree from Baylor University and Doctorate from the University of Southern California.

Upon retirement as the Superintendent of Schools of the Salinas Union High School District Fernando formed an all-inclusive consulting firm Elizondo Educational Strategies, Inc. which specializes in working with school boards in the implementation of strategic planning and conducts executive searches at all levels ranging from principal to superintendent. 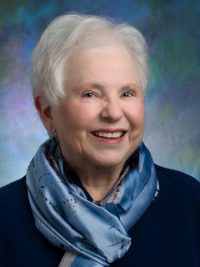 Elizabeth “Libby” Downey, a retired nurse with a long history of public service in Monterey County, has joined Natividad’s Board of Trustees. Downey has been deeply involved in the community for more than 50 years. She brings a lifetime of experience as a public health nurse, business professional and community advocate to Natividad’s Board of Trustees. Downey is from North Carolina, where she received her Bachelor of Science Degree in Nursing from the University of North Carolina, Chapel Hill in 1960. After moving to Monterey in 1963, Downey spent much of her career in hospital nursing, public health, nursing school instruction, the Child Health, and Disability Program, and served as a Conservator of the Person appointed by the Superior Court. Downey is an avid volunteer and served on boards across Monterey County including Planned Parenthood, the Visiting Nurse Association, Rotary Club of Monterey, Hospice Foundation for the Central Coast and the Monterey County Grand Jury. She also served as a Monterey City Council Member from 2004 to 2016. Downey and her husband Wayne have lived in Monterey for 56 years. They have three adult children, Scott, Heath and Paige, and seven grandchildren. 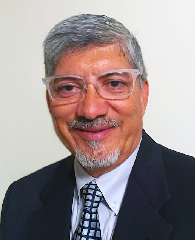 Manny González is a former assistant county administrative officer for Monterey County. Most recently, he served as the executive director for the Housing Authority of the County of Monterey. He oversaw the Housing Choice Voucher Program and managed 1,200 family and elderly housing units in Monterey County in his role. González is dedicated to providing affordable housing for Central Coast community members. He spent 39 years working for governmental and non-profit entities in Arizona and California, spending the last 20 in an executive capacity. González holds a master of public administration and bachelor of social work from Arizona State University. He currently serves on the CHISPA Housing Board and the Rancho Cielo Board of Directors. 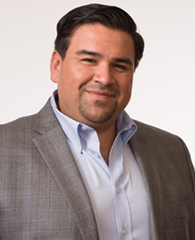 Chris Lopez is the Supervisor to the constituents of the Third District of the County of Monterey. Lopez replaces the Trustee position previously held by longtime supervisor Simon Salinas, who retired last year. Lopez was a staff member for Salinas’ office before being elected in June 2018. Supervisor Lopez was born and raised in southern Monterey County. An alum of Claremont McKenna College, he has a Bachelor of Arts in International Relations and Economics. After starting as an intern with Supervisor Salinas’ office, Lopez was promoted to Board Aide and then to Chief of Staff, a position he held for more than seven years before being elected to the District 3 seat when Salinas retired. Lopez has served on the boards of Youth Orchestra Salinas, Hartnell College Foundation, the Arts Council for Monterey County, the Redevelopment Oversight Boards of the cities of King City, Greenfield, Soledad, and Gonzales among many others. He currently lives in Greenfield with his wife Jazmin. 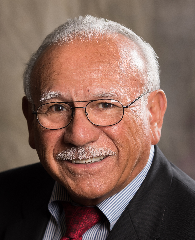 Manuel Osorio has dedicated most of his life to public service. Committed to further enhancing community college education programs, Osorio spent 34 years serving Cabrillo Community College. There, he served as the vice president/assistant superintendent of student services, dean of student services, and as a counselor. Osorio holds a bachelor’s in psychology from UCSC and master’s in counseling education from San Jose State University. His passion, combined with his extensive experience, has given him a deep understanding of the needs of the students, staff, and community members. Osorio has served on numerous educational boards, most recently the Hartnell Community College Board of Trustees and previously the North Monterey County Unified School District and Pajaro Valley Unified School District Board of Trustees; as well as on the community boards of United Way, Cultural Council, YMCA, Rotary Club and North County LULAC. 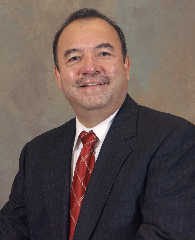 Simón Salinas is a former Salinas City councilmember, Monterey County supervisor representing Salinas and South County and a former state assemblymember. Before his public service career, he was a professor at Hartnell College and a sixth-grade teacher. In 1989, Salinas was elected as the first Mexican American to serve on the Salinas City Council. During his tenure, he served as mayor pro tem and was elected to represent District One on the Monterey County Board of Supervisors, where he became the first Mexican American to serve on the board in over 100 years.

In 2000, he was elected to the California State Assembly as the representative of the 28th District. His impressive record in the Assembly included passing legislation that addressed public safety, affordable housing, agriculture, healthcare, government transparency, education, transportation and local government. Raised on the Central Coast, Salinas understands the unique challenges the agricultural community members face. Salinas has one son, and advocates for all children to have access to first-class public education from kindergarten through college. 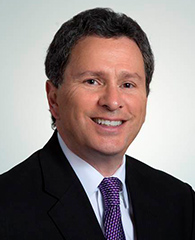 Board Member | President and Dean, Monterey College of Law

Mitchel has served as President and Dean of the Monterey College of Law since 2005. Over the past 10 years, he has engaged as a community leader in the improvement of higher education in the Monterey Bay area. Prior to coming to the Central Coast, Mitchel served in a variety of administrative and education roles for several statewide professional law offices in Texas. Mitchel received a Bachelor’s of Arts from the University of the Pacific and Doctor of Jurisprudence from the University of Houston Law Center. 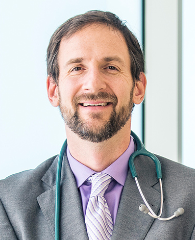 Dr. Christopher Carpenter is Chief of Staff at Natividad. Before becoming Chief of Staff, he served the hospital in a variety of roles including as Chief Hospitalist, Chief of Service for Pediatrics and Vice Chief of Staff. Prior to joining Natividad, he was an instructor of pediatrics at Harvard Medical School in Boston, Massachusetts and held the role of Associate Director for the Pediatric Global Health Fellowship at Boston Children’s Hospital.

Dr. Carpenter received his medical degree from the Albert Einstein College of Medicine in New York City and his Master’s in Public Health from Boston University School of Public Health. He then went when on to complete his internship and residency at University of California, San Francisco. He is board certified in Pediatrics.

In 2012, he co-founded the Kay Mackenson Clinic in Haiti. During that time, he worked to oversee clinical and research programs, identified gaps in local resources that the clinic could address and worked to develop the overall strategic plan of the clinic. 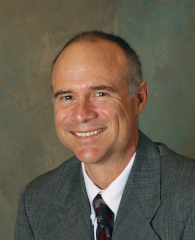 Charles Mckee stepped into the CAO position in September 2019 following a 17-year tenure as County Counsel. He earned his bachelor’s degree in Political Economy from Hampshire College in Amherst, Massachusetts and attended the University of Maryland School of Law and University of Maine School of Law. The State Bar of California admitted him in 1991. Before becoming Monterey County Counsel in 2003, he served as Nevada County Counsel and Deputy County Counsel for the County of Marin. McKee is the current chair of the Monterey College of Law Board of Trustees. He has served in many local and state volunteer positions, including president of the Monterey County Bar Association and as a legal advisor to the California State Association of Counties (CSAC) and CSAC Excess Insurance Authority (CSAC-EIA), the largest government insurance pool. 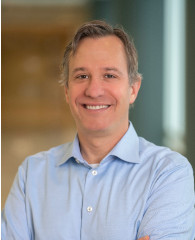 Dr. Chad Harris is the Interim CEO at Natividad. He has served as Chief Medical Officer – Quality Assurance at Natividad, Chief Medical Information Officer and Chief of Staff. He is a family medicine hospitalist and an HIV clinic provider. Dr. Harris is board certified by both the American Board of Family Medicine and the American Board of Preventive Medicine in Clinical Informatics. He received his medical degree from the Medical College of Virginia/Virginia Commonwealth University and completed his family medicine internship and residency at Contra Costa Regional Medical Center.