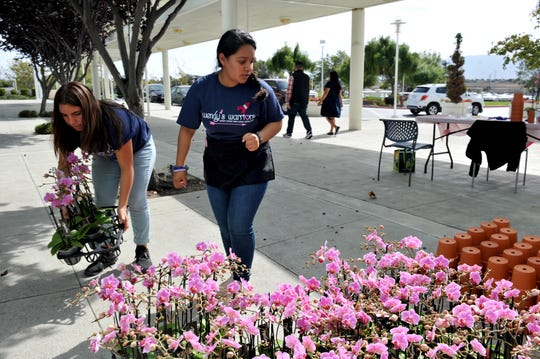 She also remained hopeful her aunt’s cancer would go into remission or at least she wouldn’t suffer much.

Five years later, Mendez-Maldonado’s anger and sadness was replaced with energy and enthusiasm to help others as the Everett Alvarez Interact Club worked to raise thousands of dollars to help people like her aunt.

“I want to give that help I couldn’t give to my aunt then,” she said outside Natividad last month as she efficiently coordinated delivery of hundreds of orchids as part of the club’s fundraiser.

And on Thursday, the club presented $19,000 to the Wendy Baker RN Memorial Fund at Natividad to help those with cancer.

“It’s how much we care, and the club, all the kids are very supportive, like a little family, and that’s cool,” she said.

Her grandfather also survived cancer and the experience of seeing two people she loves so much suffer galvanized her to help others. 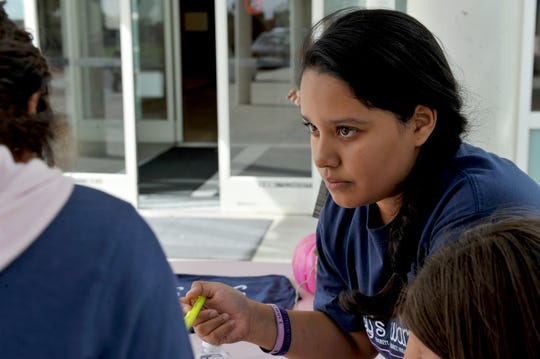 “It was hard, not being able to hang out with them because they’re so weak, and it’s so hard to see them in the bed, not able to do anything,” Mendez-Maldonado said.

When her aunt went through treatment, the family, like many, struggled to pay for it.

“My aunt worked two jobs. Her oldest daughter was working too so she would often miss school just to get by,” she said.

Shortly after she came to Everett Alvarez, she heard about Interact Club. The community service club, sponsored by Salinas Steinbeck Rotary, focuses on the motto of “service above self.”

“I feel so proud to be a part of it and grateful to have the chance to do something for the community,” Mendez-Maldonado said.

Wendy Baker was a registered nurse who worked at both Natividad and Salinas Memorial Healthcare System. She was diagnosed with Stage 2 breast cancer in 2008 and then received chemotherapy and surgery.

Yet in 2012, she was diagnosed with Stage 4 breast cancer as the disease advanced. 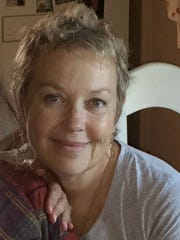 Wendy Baker was a Salinas registered nurse. She died of breast cancer in 2015 and the Wendy Baker RN Memorial Fund was established in her memory. (Photo: Provided/Dr. James Lew)

She died in August 2015, survived by her husband of 27 years Dr. James Lew and their two daughters.

After she died, members of the community and Lew honored her memory by establishing the Natividad Medical Foundation’s Wendy Baker RN Memorial Fund.

“This gives me hope. That our community, despite all the challenges it faces, will see better days ahead, especially for all those families who suffer from the terrible challenges of terminal illnesses on many different levels,” Lew said. “I hope this inspires more involvement in the greater community to reach out to people in their darkest hour and their greatest need.” 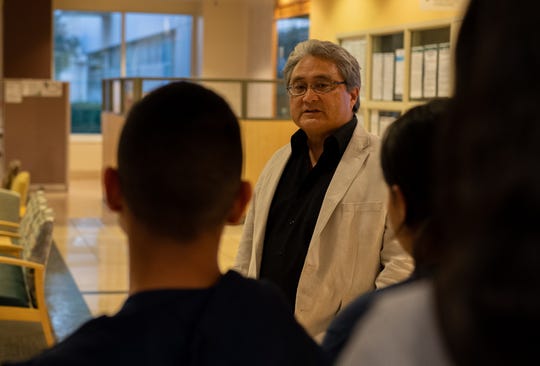 The Everett Alvarez Interact Club, also known as “Wendy’s Warriors,” has now raised more than $75,000 in five years for the fund. Each year, the club presents Dr. Lew with the funds raised in honor of his wife, and on Thursday, they continued the tradition.

“It goes to the heart of what my wife stood for, that was to provide a service to the community,” Lew said. “I think these young people have demonstrated that spirit in an exceptional manner. I’m taken back without words to express my gratitude to these wonderful students … I hope this continues for the unforeseeable future.”

Natividad Foundation President and CEO Jennifer L. Williams-Carpenter said the funds raised are critically needed by patients sometimes faced with the challenge of trying to feed and support their family as the cancer prevents them from working. 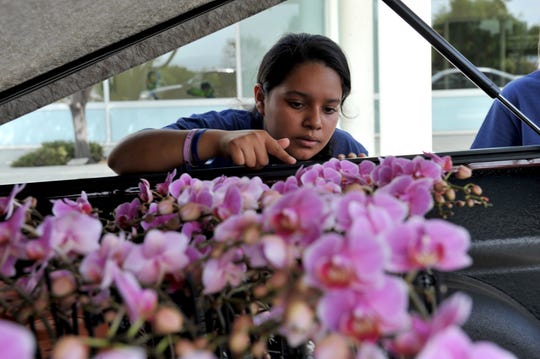 “What they’ve been doing for the last few years means we get to say yes,” she said.

Jodie Kaminskis is a teacher at Everett Alvarez and advisor for the Interact Club. Her mother and sister were diagnosed with breast cancer, and Kaminskis had tested positive for BRCA1— a gene that, when mutated, is associated with increased risk for breast cancer. She had a double mastectomy as preventative surgery. 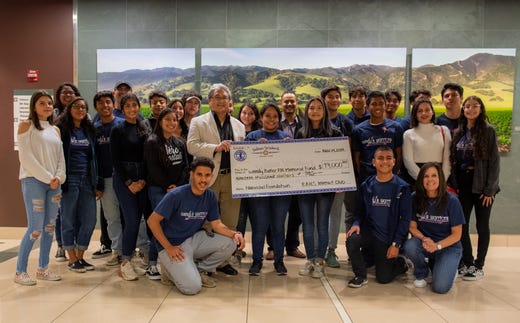 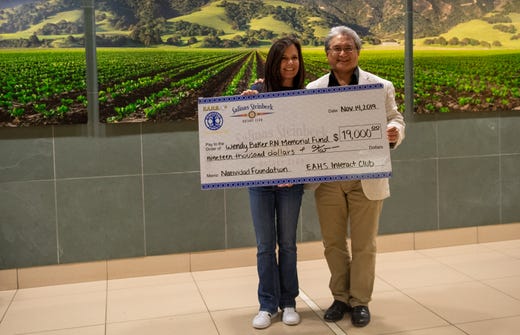 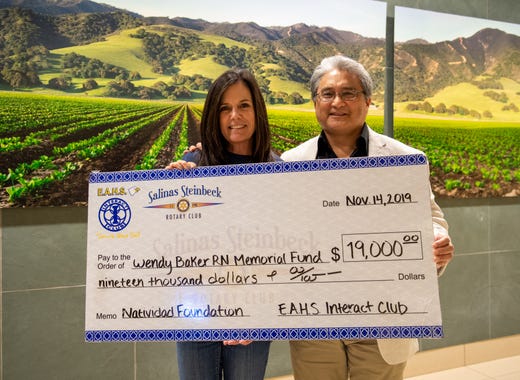 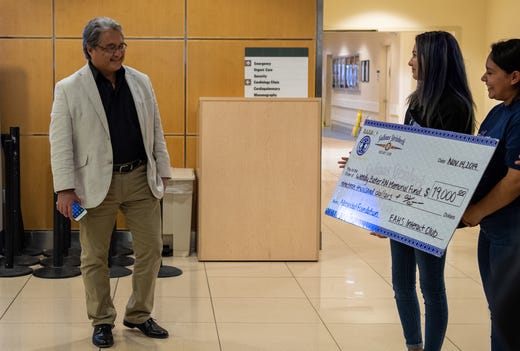 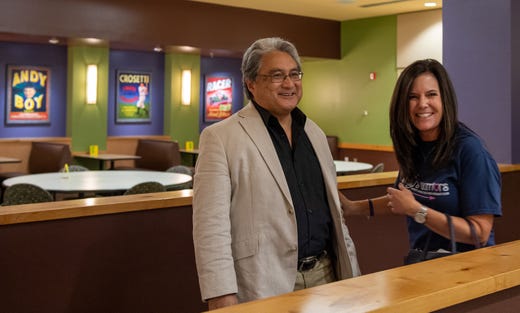 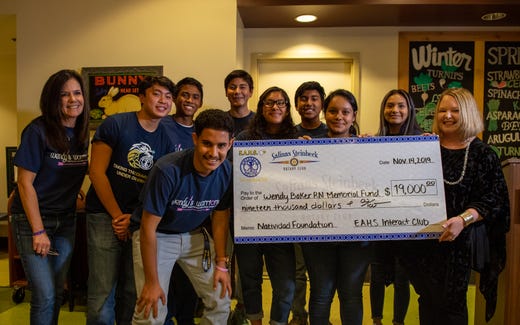 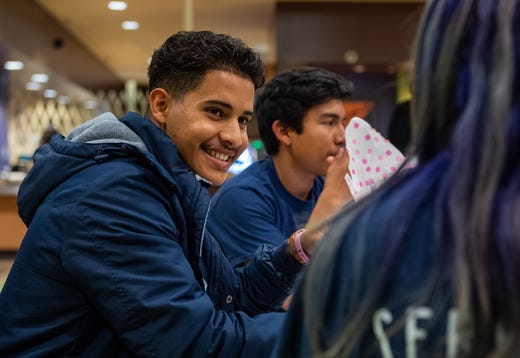 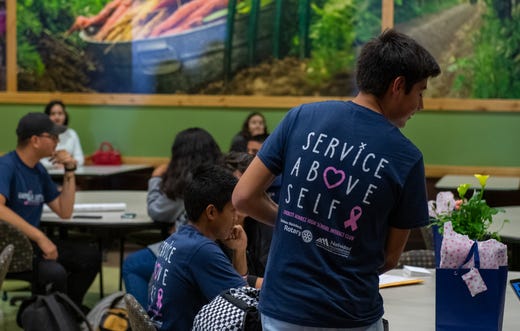 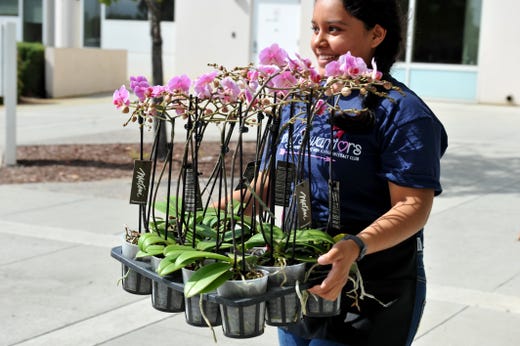 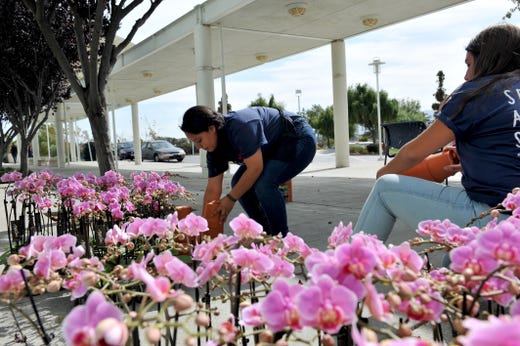 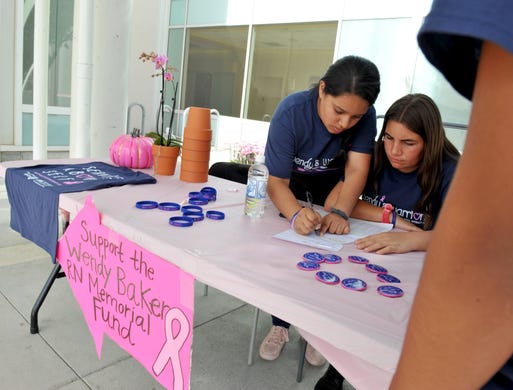 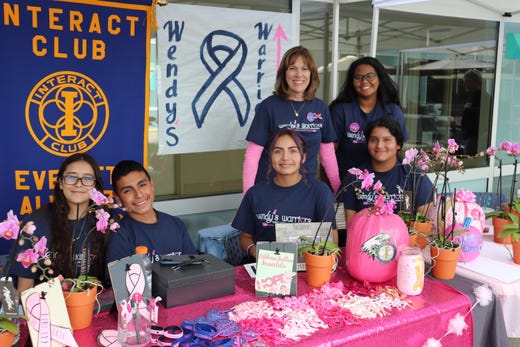 In 2014, Kaminskis helped the club raise $1,200 for a mammography fund at Salinas Valley Memorial. After Wendy Baker’s death in 2015, they began contributing to her memorial fund.

The students are “future philanthropists in action,” she said. “… Breast cancer affects one out of eight women in the United States, and some of my students have been personally affected by it and some have not, but to see them in action is so inspiring.”

To raise the funds, club members sold items such as hundreds of orchids donated by Matsui Nursery as well as sponsored school athletic games with $1 from each ticket collected for the fund. While past years included a Hope Football Game, the Everett Alvarez’s new athletic direct helped organize other sports’ participation this year as well.

“It seems like the athletes are really fired up that we’re doing some other hope events,” Kaminskis said.

Members also do “homeroom pop-ins” where they make presentations on breast cancer to all the homerooms.

“The campus is really supportive of the project, and the kids are really excited about it,” Kaminskis said.

“This neighborhood and Salinas gets a lot of bad news but these are a group of teenagers in Salinas who are being positive leaders in their community,” Kaminskis said.

Reporter David Rodriguez contributed to this report. This article was amended to clarify Kaminskis’ diagnosis as well as to correct a dollar amount and name.

Chelcey Adami is the local content editor for The Salinas Californian. She can be reached at cadami@thecalifornian.com and 831-277-8763. To support local journalism like this, please subscribe.