Doctors and Nurses Deploy to Farm Fields to Train Farmworkers on Avoiding Coronavirus. 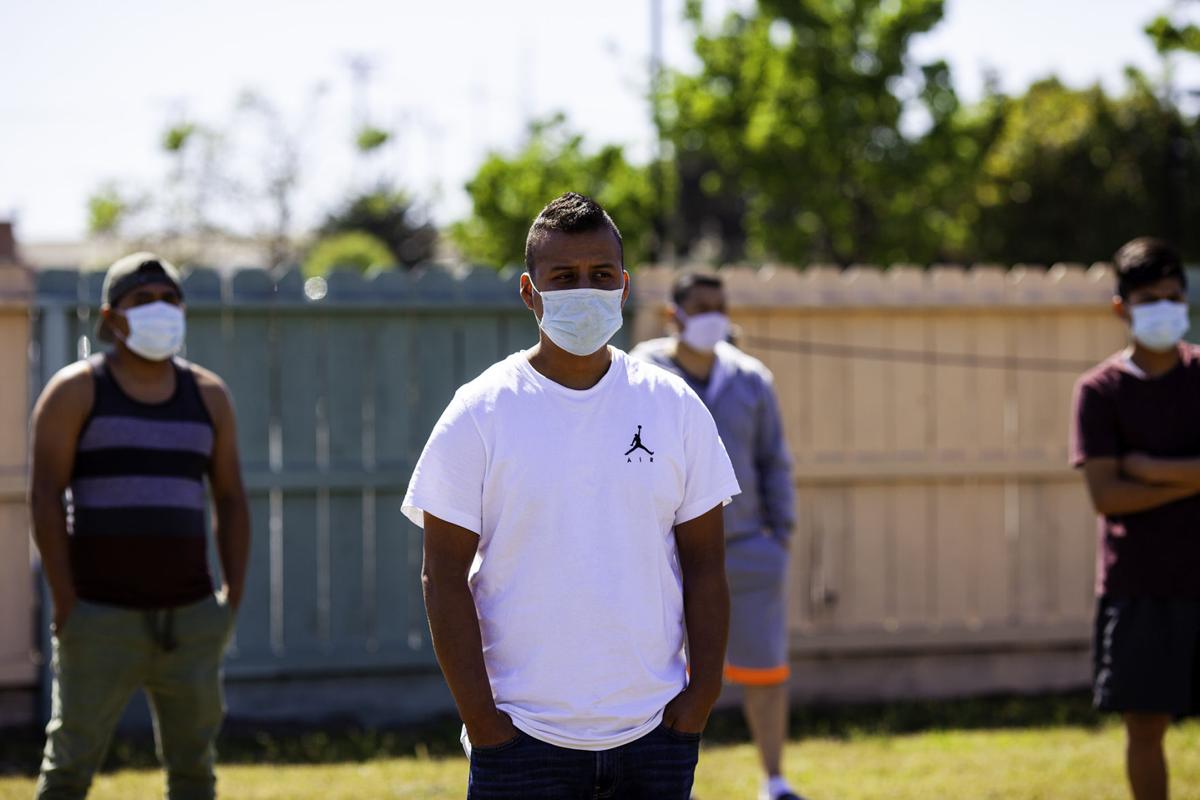 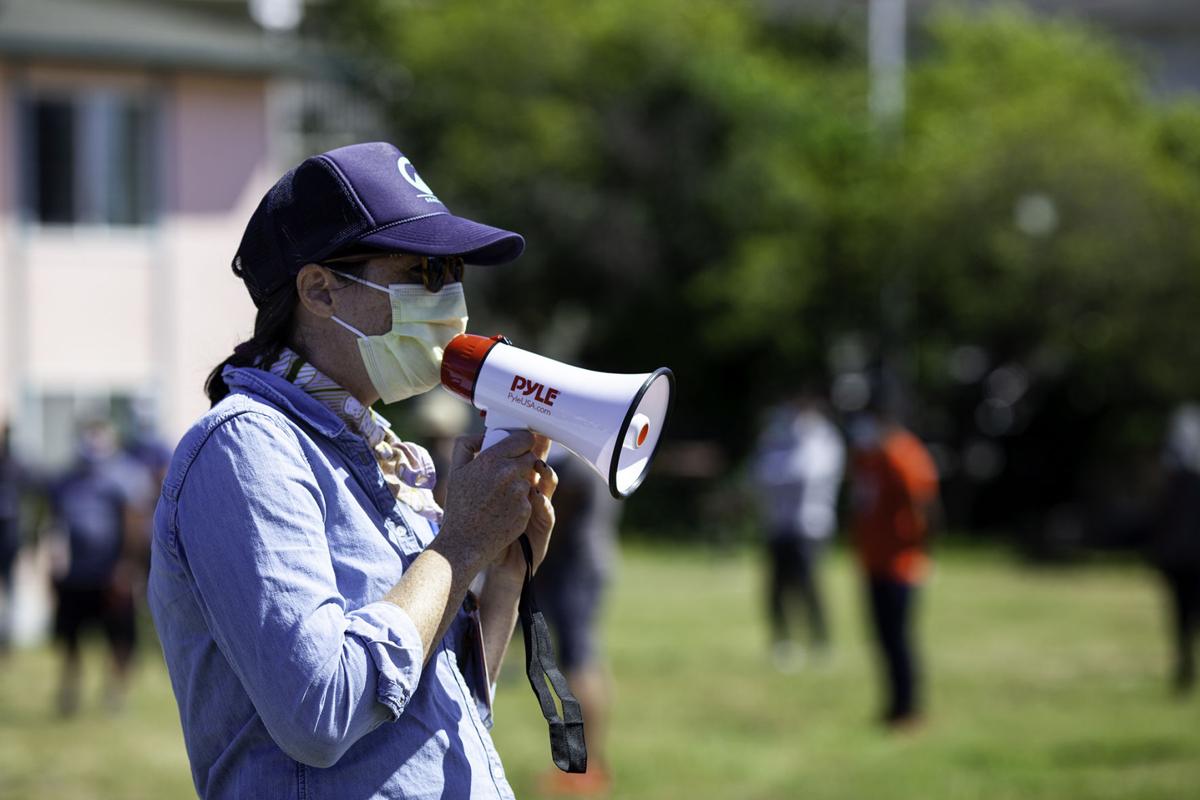 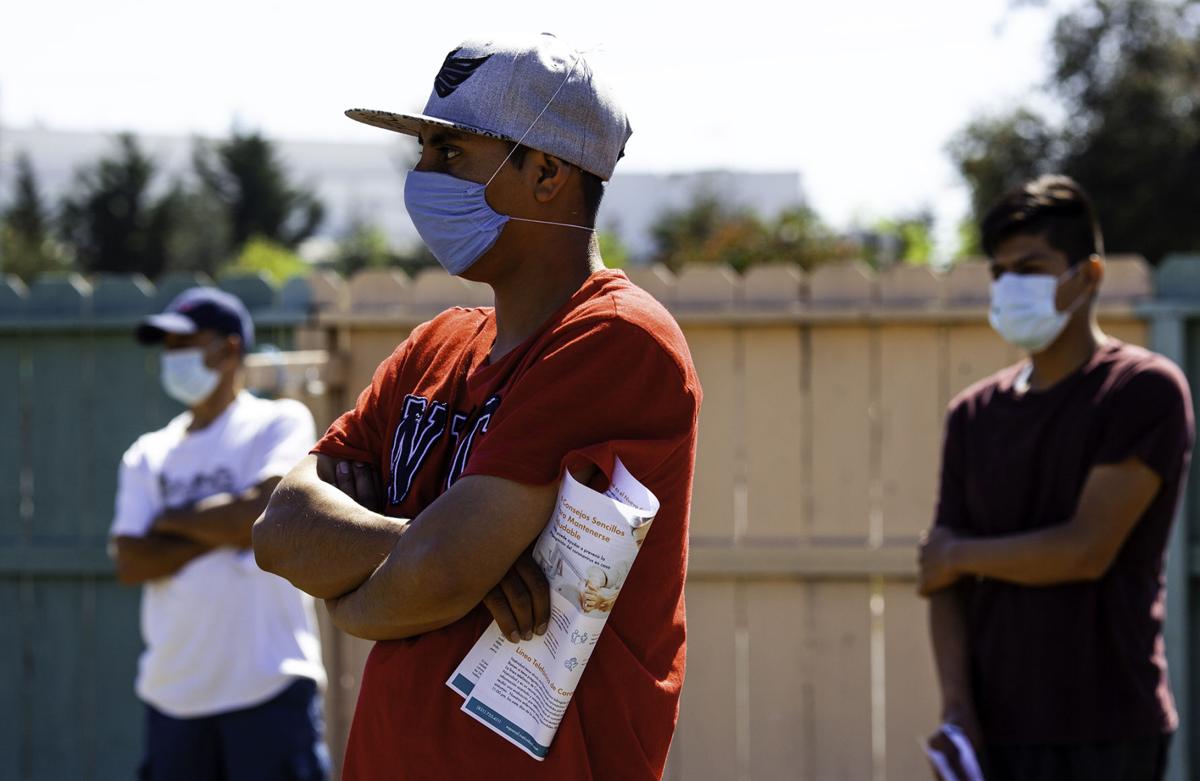 When Gabriel Flores arrived in Salinas from Los Angeles to do his medical residency at Natividad, he expected his work might include some community outreach, but he never expected to shout handwashing guidelines in Spanish through a megaphone in a motel parking lot.

“I knew coming into Natividad, they are into community service,” he says. “But I would’ve never envisioned this.”

Flores and Anne Irvine are two of the first residents to participate in a new program launched by all four Monterey County hospitals – Natividad, Salinas Valley Memorial, Community Hospital of the Monterey Peninsula and Mee Memorial – in partnership with the Grower-Shipper Association. Growers and labor contractors can request site visits through the trade association, whether or not they’re members, at no cost to them.

Natividad residents and nurses from the other three hospitals will visit farm fields and motel parking lots like this to train ag workers. A week-and-a-half into the program, they’ve reached about 30 foremen and 100 workers. And dozens of employers have requested trainings, says Grower-Shipper Association President Chris Valadez.

The program is the brainchild of Sally Tirado, who’s on the residency program faculty and is co-director of community medicine at Natividad. For over a decade, she’s been working withpromotoras comunitarias, health educators trained through the nonprofit Center for Community Advocacy to empower farmworkers to understand and improve their own health.

She knows many of these men will have already heard their key points about coronavirus, but she thinks these trainings can save lives. “There’s reinforcement when it comes from someone in the medical field – it’s not your boss or your wife,” she says. “The other piece is, we are all having anxiety, and we have more control when we learn steps we can take.”

Of Monterey County’s confirmed Covid-19 patients, about 25 percent work in agriculture. That’s not far off from the 20 percent of Monterey County jobs that are in the ag industry.

“That number is not out of the ballpark,” Monterey County Agricultural Commissioner Henry Gonzales says. “But we are concerned there will be a surge of farmworker illnesses very soon, within the next few weeks. There will be more, the question is how many more; is it going to get crazy the way it has in meat-packing facilities throughout the country?”

The reasons, Gonzales believes, include a large proportion of undocumented workers who try to stay hidden, rather than report to health officials; a macho culture among largely young men who do physical work and might ignore early symptoms; and crowded living conditions.

The men getting trained by Flores and Irvine live four to a room at the Inns of California in Salinas.

They arrived just a few days earlier from Mexico, on H-2A visas, employed by Fresh Harvest. (The company employs thousands of H-2A workers all over the western U.S.)

Besides signing up for this training, Fresh Harvest also just bought six thermo-imaging scanners to enable them to take the temperature daily of 600 workers. And besides renting out two full wings of this motel, they’ve also set aside 35 isolation rooms in case their workers get Covid-19 or are exposed to someone who does; fortunately, they haven’t had to use them yet.

As the training in the motel parking lot wraps up, Irvine demonstrates how to safely remove a mask, by touching only the elastic behind her ears. “All of you are covering your mouth – and us too, all of us who work in the hospital,” Irvine says in Spanish.

After the healthcare presentations end, Fresh Harvest owner/founder Steve Scaroni speaks in a solemn tone into the megaphone: “My first priority as the owner is to protect you and your health,” he says. “The clients, second. And mine, third.”

Romualdo Carrera, 21, lives in Veracruz, Mexico, and is back in the Salinas Valley for the second year in a row. He says he loves the work, and since last week has been harvesting lettuce. It’s different this season, he notes, with plexiglass dividers installed on the harvesting machines for separation, and everyone is wearing masks. Some of the tips he heard today are things he’d already learned at home – six-foot distancing, wearing masks – but he emphasizes the 20-second hand-washing guidance as a takeaway.

“There’s no need to have fear,” he says in Spanish. “We’ll continue these practices and protect ourselves.”